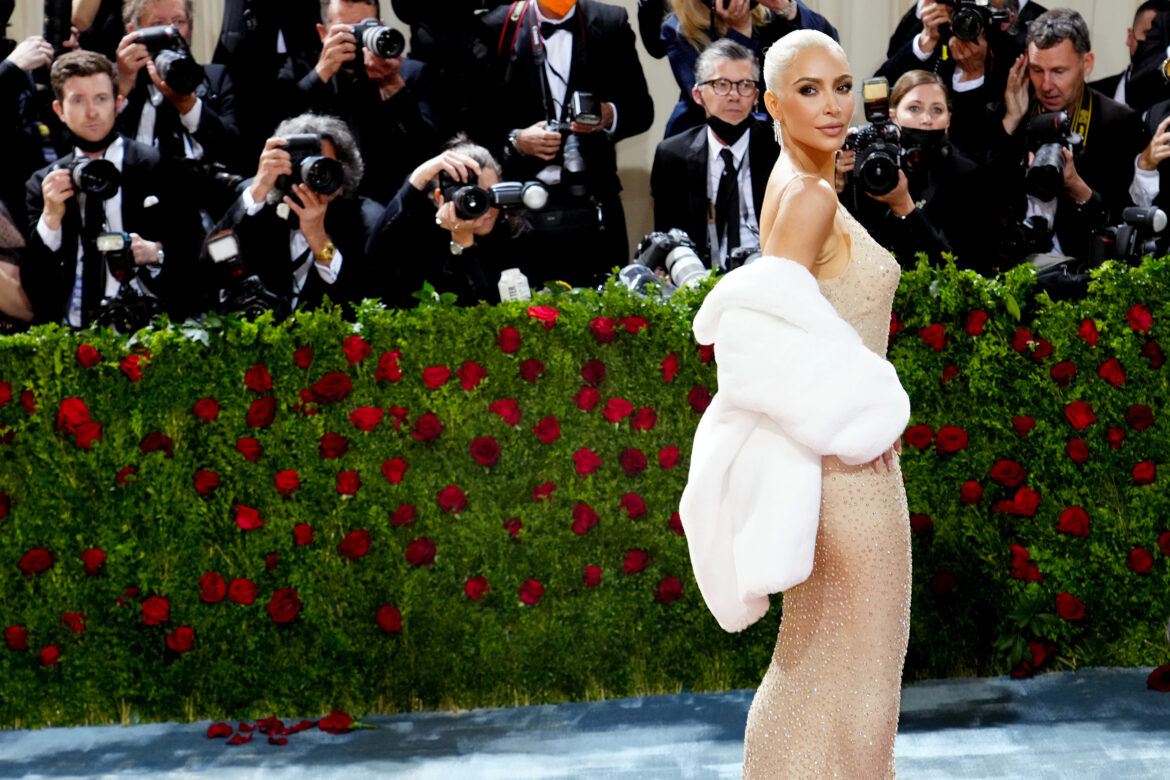 Kim Kardashian made headlines for wearing an iconic Marilyn Monroe dress to the Met Gala this year – and more than a month later, her outfit is still causing a stir online, with some people speculating that she damaged the dress. Ripley’s Believe It or Not, which loaned the dress to Kardashian, now says she did not damage it.

Kardashian spoke extensively about how she borrowed the dress from Ripley’s, which has several exhibits around the U.S. featuring pop culture artifacts and other memorabilia. She also spoke about how, despite losing weight, it didn’t fit quite right when the day came to wear it.

The reality star and businesswoman put the dress on right before she hit the steps of the Met and took it off right when she got inside, so as not to damage the jeweled dress, which Monroe wore when she sang “Happy Birthday” to President John F. Kennedy. Kardashian changed into a replica of the dress once inside the Met Gala.

People on social media, however, speculated that she damaged it. Images of the dress supposedly “before” and “after” Kardashian wore it began to circulate online, with rumors that she tore part of the seam and lost some of its jewels.

However, the original source of the dress addressing those rumors. “We hear you! Kim Kardashian’s walk up the Metropolitan Museum’s stairs at this year’s Met Gala has caused quite the stir, but one thing it did not directly cause is the reported damage to Marilyn Monroe’s famed ‘Happy Birthday’ dress from 1962,” Ripley’s posted on Instagram.

“Ripley’s decision to let this garment have a Met Gala moment has been hotly contested, so we’re here to set the record straight,” the post reads. Ripley’s shared several facts about the dress, including a report from 2017 that stated “a number of seams are pulled and worn.”

The tears are not surprising given how delicate its fabric is, the report said, according to Ripley’s.

While there was “a calculated risk associated with wearing it,” Ripley’s said it has collected pop culture memorabilia for more than 100 years and its mission is to educate and entertain. The discussion surrounding the dress did just that. “No matter which side of the debate you are on, the historical importance of the dress has not been negated, but rather highlighted,” Ripley’s said.

Kardashian borrowed the dress from Ripley’s Orlando location and she did not pay for it – but she did make two charitable donations to organizations in the Orlando are on behalf of the company, the post reads.

Ripley’s bought the dress at a private auction. “The dress could have been locked away in a private collection, unable to tell its story,” they said. “Instead, it has toured multiple Ripley’s attractions around the world and has been introduced to a new generation thanks to this Met Gala moment.”