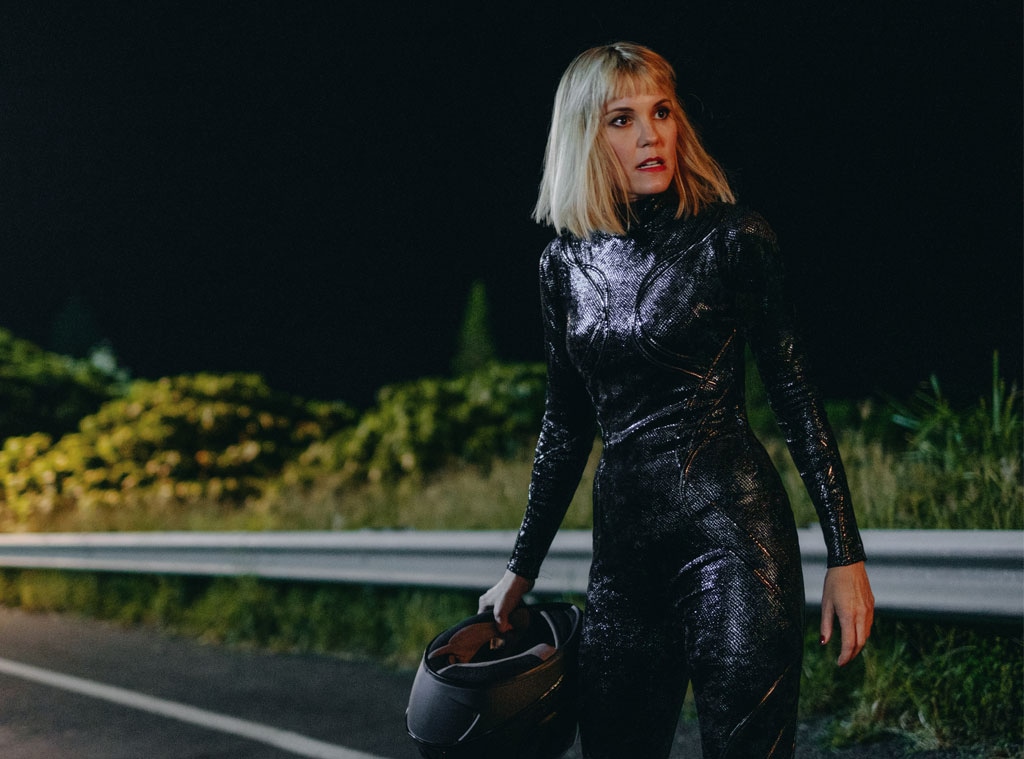 Leslie Bibb knows that to be true after stepping into Satan’s shoes for Netflix’s new series, God’s Favorite Idiot. And, in an interview with E! News, Bibb revealed that she felt “lucky” to land the role, as “villains are fun.”

“I was like, ‘Wait, are you punking me?'” Bibb said when she learned that she could possibly play the ruler of Hell in a Ben Falcone and Melissa McCarthy-led apocalyptic workplace comedy. “‘I don’t think I even have to read it.'”

She did ultimately read the scripts, resulting in her “laughing so hard” and panicking that the casting directors would go in a different direction. Mainly because she already found her inspiration for the character: Reese Witherspoon’s role of Tracy Flick in Election.

Because, just like Tracy (Witherspoon), Satan also had “a chip on her shoulder.”

“I just knew when I read it, how I wanted to see her,” she told E! News. “She’s very mercurial. It’s like a petulant child.”

Thankfully, Falcone, who created the show, and McCarthy, who served as an executive producer, felt similarly and cast Bibb as the wicked world destroyer. Naturally, Bibb also praised the powerhouse couple, noting, “They’re great at their jobs. It’s their show, but they give you so much room to cast your net.”

God’s Favorite Idiot tells the story of a “mid-level tech employee, Clark Thompson (Falcone), who finds love with co-worker Amily Luck (McCarthy) at exactly the same time he becomes the unwitting messenger of God,” according to Netflix. Oh, and as the streamer promised, “There’s roller skating, a lake of fire and an impending apocalypse.”