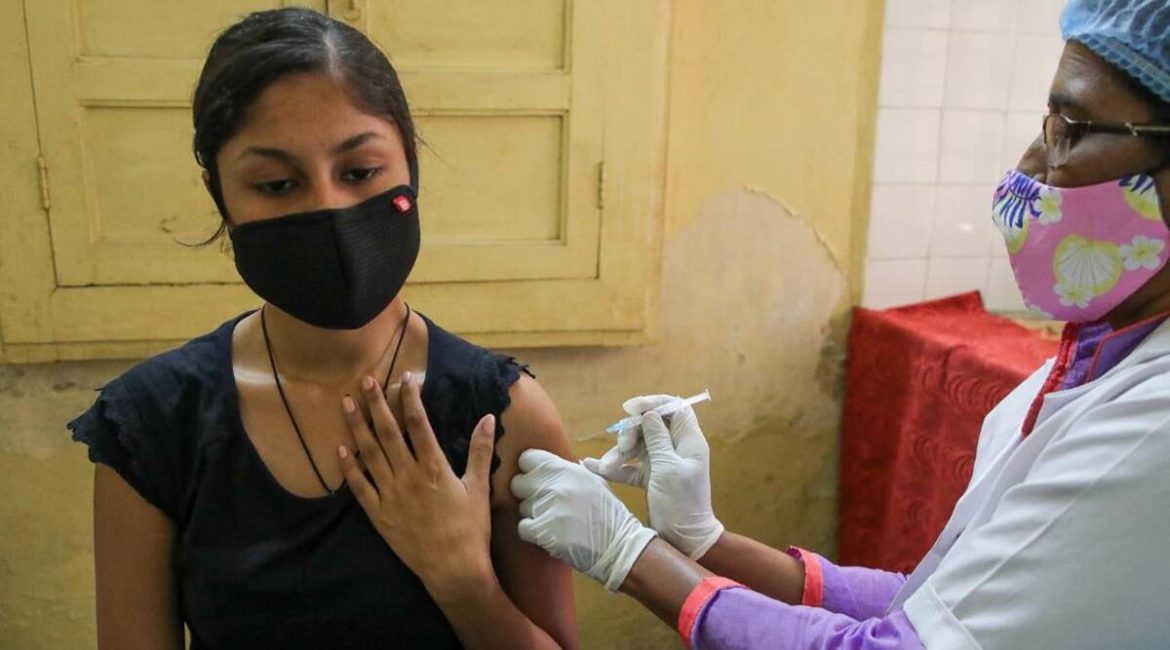 Meanwhile, the Pune unit of the state Forest Department on Saturday arrested a gang of six persons for allegedly smuggling Ambergris, which is popularly known as ‘whale vomit’. It is a waxy substance that originates from the digestive system of Sperm Whales. The rare item is extremely expensive and is used for making high-end perfumes. Whales are a protected species under Schedule 2 of the Wildlife Protection Act and possession or trade of any of its by-products, including Ambergris, is illegal.

In other news, gradual easing of pandemic-related restrictions has raised the hopes among cooperative housing societies that they would be allowed to hold their long-overdue elections soon. Suhas Patwardhan, president of Pune District Cooperative Housing Federation, said they expect new government regulations to be issued in this regard on September 1.

Police have identified the deceased as Changuna Jadhav, a resident of Chandanwadi in Maval taluka of Pune district. Her husband Yogesh Jadhav (26), a truck driver, has been arrested and an FIR has been registered at Talegaon Dabhade police station based on the complaint by Changun’s father.

“Started with one bus, UP now has 11 Swasthya Ghar Tak buses operating in rural areas of the state. These buses are fully equipped with IoMT (internet of medical things) devices, medicines, testing kits and paramedics on board. The buses are travelling across small towns to the most remote villages of India to provide free testing, diagnostics, medicines and teleconsultation with doctors to villagers,” said Nimith Agarwal, founder of Swasthya Ghar Tak.

21 Pimpri-Chinchwad families who lost earning members to Covid-19 get Rs 1,200 monthly pension
Twenty-one women who lost their husbands, the only earning members of their families, to Covid-19 in Pimpri-Chinchwad Municipal Corporation (PCMC) have been granted a monthly pension of Rs 1,200 under the Maharashtra government’s Sanjay Gandhi Niradhar Yojana.

“Two days back, we made the Sanjay Gandhi Niradhar Yojana applicable to 21 women who lost their husbands to Covid-19. Under the scheme, these families will get a monthly pension of Rs 1,200,” Pimpri-Chinchwad tehsildar Geeta Gaikwad told The Indian Express on Sunday.

Phone number tattoo reunites mentally-challenged teen from MP with his parents
A mentally challenged teenage boy was reunited with his family members at Jabalpur in Madhya Pradesh over 24 hours after he went missing thanks to the mobile phone number tattooed on one of his arms, a Railway Protection Force (RPF) official said here in Maharashtra on Sunday.

The teenage boy was spotted loitering on a platform of the Dombivali railway station in the Thane district on Friday evening, he said. The boy told RPF personnel that his name was Ankit and he hailed from Jabalpur. During the investigation, the police noticed that a mobile phone number was tattooed on one of his arms, the official said.

The RPF called on that mobile number. The call was attended by a woman who told police that her son Ankit Singh went missing on Thursday. The boy was reunited with his parents on Saturday night, the official said. He said the boy might have boarded an outstation train at the Jabalpur railway station and reached Thane. (PTI)

Man accused of killing journalist escapes from Pune police custody
A 42-year-old man accused of kidnapping and murdering an RTI activist and journalist in Rahuri town fled from a government hospital in Ahmednagar on Saturday evening, when he was being shifted to Pune for treatment of kidney stone after testing Covid positive.

The man has been identified as Kanhu Gangaram More, who is a real estate dealer from Rahuri town of Ahmednagar district. More was arrested by the police in connection with the kidnapping and murder of 48-year-old journalist and RTI activist Rohidas Datir in the first week of April. After being kidnapped, Datir’s body was found at a secluded place on the premises of a college in Rahuri.

The city’s Air Quality Index value is likely to be 40, which is considered ‘good’ as per SAFAR – India’s forecast issued by the Indian Institute of Tropical Meteorology, Pune.

“This initiative is part of the ‘Sundar Maza Gav’ (My Beautiful Village) programme proposed by divisional commissioner Sunil Kendrekar and BaLA (Building as Learning Aid) initiative of Zilla Parishad CEO Abhinav Goyal which is aimed at developing the village as a smart model village,” Raut said.

Among other initiatives, 12 sound speakers were installed across the village to relay religious songs and prayers every morning. Besides, news bulletins are broadcast every morning and evening. This facility is also used to give some important instructions to villagers, officials said. (PTI)

Pune: Cooperative housing societies gear up for elections as Covid-related restrictions ease
Gradual easing of pandemic-related restrictions has raised the hopes among cooperative housing societies that they would be allowed to hold their long-overdue elections soon. Suhas Patwardhan, president of Pune District Cooperative Housing Federation, said they expect new government regulations to be issued in this regard on September 1.

It is a waxy substance that originates from the digestive system of Sperm Whales. The rare item is extremely expensive and is used for making high-end perfumes.

Whales are a protected species under Schedule 2 of the Wildlife Protection Act and possession or trade of any of its by-products, including Ambergris, is illegal.

In June this year, a case was lodged at the Cyber police station against Londe and others for allegedly misusing their positions to commit a fraud at WNS Company in Pune city. The accused in this case were booked under sections 406, 408, 419, 420, 120 (b) and 34 of the Indian Penal Code and sections of the Information Technology Act.

Police have identified the accused as Suhas Bansode, Moin Chaudhary and Wasim Shaikh. Police said Bansode was the editor of Samiksha Times and president of Samyak Patrakar Sangh.

Wasim and Moin first took photographs and videos of customers coming to the gas agency to take LPG cylinders. They then filed a complaint with the Indian Oil Company against the agency for not delivering LPG cylinders to the home of customers.

The trap was laid based on a verbal complaint by a woman, who is a resident of Kalyan. The complainant said that she was offered a job in the railways for money.

Acting on the complaint, the RPF formed a team under LK Sagar, Inspector of RPF. The suspect has been identified as Mayur Kambli and he was identified by the complainant. He was later brought to Bhandup RPF office. A case was registered under Sections 420, 465, 471, 476 and 507 of the IPC against Mayur and a woman named Smruti.

“All international passengers arriving in Maharashtra, including those from the European countries, Middle Eastern countries and South Africa, will be in line with the above-mentioned guidelines issued by the Union ministry of health and family welfare,” said the order issued by Maharashtra Chief Secretary Sitaram Kunte on Friday night.

But the police are yet to lodge an offence in the case as they haven’t so far recovered any documents from the suspects to prove their Bangladeshi citizenship.

Based on inputs from a central intelligence agency, seven persons suspected to have illegally migrated to India and currently residing in Hadapsar area of Pune were recently brought to the Hadapsar police station for inquiry.

“Some portion of an old house fell this morning. Congested houses in the old areas made the task difficult for officials. During the rescue operation, some more portions of the house started crumbling. However, rescuers managed to pull out a teenage girl trapped under the debris safely,” a fire brigade official told reporters.

An offence in this case has been lodged at the Dattawadi police station. Police said that one of the accused persons took the woman with them from the Swargate area to a room in Janta Vasahat on Friday, where she was allegedly gangraped. Local residents informed the police after hearing the cries of the woman.

Acting on a tip-off, a team from the social security cell of the Pimpri-Chinchwad Police Crime Branch raided the ‘Lucky Video Game Parlour’ at Rahatni Phata Chowk in Kalewadi Thursday. The cops also seized seven video game machines worth Rs 70,000 and Rs 3,020 in cash from the spot.

The parlour allowed customers to gamble on a video game called ‘Master Mega Free Play’ despite having no permit or licence to do so, a press release stated. A case was registered at Wakad police station.

Pune girl caught under debris of building in Pimpri-Chinchwad, rescue operation underway
A 15-year-old girl was caught under the debris of a dilapidated building that collapsed in PhugeWadi, Azad Nagar in Pimpri Chinchwad. On receiving information, Pimpri Chinchwad police rushed to the spot. Meanwhile, a team of National Disaster Response Force (NDRF) has begun rescue operations.