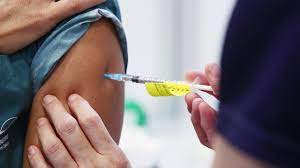 This coronavirus article is unlocked and free to read in the interest of community health and safety. Tap here for full digital access to trusted news from the Herald Sun and Leader for just $5 per month for the first three months.

Victoria has seen another spike in Covid infections, with 71 cases detected on Sunday.

Just 44 are linked to known outbreaks, while 22 are under investigation.

It comes after more than 46,000 Victoris were tested for Covid on Sunday.

Health officials have increased protective measures for emergency department staff as officials brace for more Covid cases from one of Melbourne’s busiest hospitals.

PPE requirements in emergency departments have been increased to their highest level, with staff to wear N95 masks, gowns and eye protection while dealing with all patients in a bid to prevent them catching coronavirus.

Pre-operative testing — introduced during last year’s second wave but later revoked — will again reinstated for all but the most urgent surgical cases, and on-site staff numbers will be scaled back.

It comes after hundreds of medical staff at the Royal Melbourne Hospital are on forced leave after a Covid-infected Shepparton man had surgery at the hospital.

Victoria recorded 65 new cases on Sunday, with just 12 of those in isolation throughout their infectious period. Ten more mystery cases were reported with authorities “driving as hard as they can” to get on top of the crisis.

“We’re still in the realm of hauling this back,” Health Minister Martin Foley said.

Covid response deputy secretary Kate Matson said people were failing to get tested as soon as they experienced symptoms, one of the key reasons behind rising case numbers.

“Our teams are working as hard as they possibly can to get on top of this. Victorians can work equally as hard by getting tested as soon as you’ve got a slight symptom,” Ms Matson said.

Victoria’s health network has been forced to re-implement pre-operative testing, with pressure mounting on the government to use rapid testing in all hospitals and high-risk settings.

It comes after the Shepparton man, treated as the source of the Royal Melbourne Hospital cluster – now at seven cases – was not tested before his surgery on August 12.

A family member who visited a patient in the same room as the man later tested positive to the virus, alerting the hospital to the outbreak.

Both Minister Foley and Ms Matson said there was “no evidence” Victoria’s health system had dropped the ball.

“At that point in time there wasn’t a known risk in Shepparton, so there was no reason to necessarily test that gentleman prior to his surgery,” Ms Matson said. “We are now working with our health system to reintroduce pre-operative testing given the community transmission.”