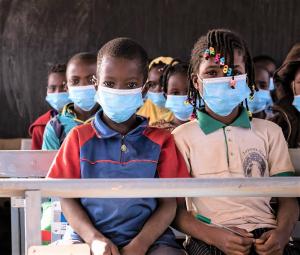 The pace of COVID-19 activity in Africa has stabilized, but at a very high level, amid fresh calls to coordinate global efforts to funnel more of the world’s vaccine supplies to African countries, which have among the world’s lowest immunization coverage. On the vaccine front, doses given last week tripled compared with the previous week, which Moeti said is a promising development. “Many of these doses are from donations and sharing arrangements through COVAX. I would like to appreciate the Governments that have shared doses with African countries,” she added.

Officials are still hopeful that the continent can reach the goal of 10% of the population vaccinated by the end of September. Currently, 2.47% of Africa’s population is fully vaccinated, according to the Africa Center for Disease Control dashboard.

In a related development, a multilateral group met recently for the third time with African leaders, including the African Vaccine Acquisition Trust (AVAT), in ongoing efforts to scale up vaccine supplies for African and other low- and middle-income countries.

In a statement from the WHO, the groups said the vaccine inequity crisis is driving dangerous differences in COVID-19 survival rates and economic recovery, and urgent cooperation is needed from vaccine manufacturers, vaccine-producing countries, and countries that already have high coverage.

More global headlines
India’s daily cases have risen sharply over the past few days, with Kerala and Maharashtra states as the main hot spots, according to Reuters. The country’s government has asked the two states to impose night curfews to drive down cases. The rise in Kerala, which accounted for nearly 60% of India’s latest cases, recently celebrated Onam, an annual Hindu festival that features cultural events and family gatherings.

A WHO document seen by Reuters said the agency’s pandemic preparedness program has plans to distribute 100 million doses of China’s Sinovac and Sinopharm vaccine by the end of September as part of COVAX efforts, mainly to Africa and Asia.

Myanmar signaled that it will vaccinate Muslim Rohingya people against COVID-19, Reuters reported, citing a spokesman for the country’s military junta. Thousands of Rohingya, a persecuted group, have fled to neighboring Bangladesh, where officials had earlier launched vaccination in the Cox’s Bazar refugee area.