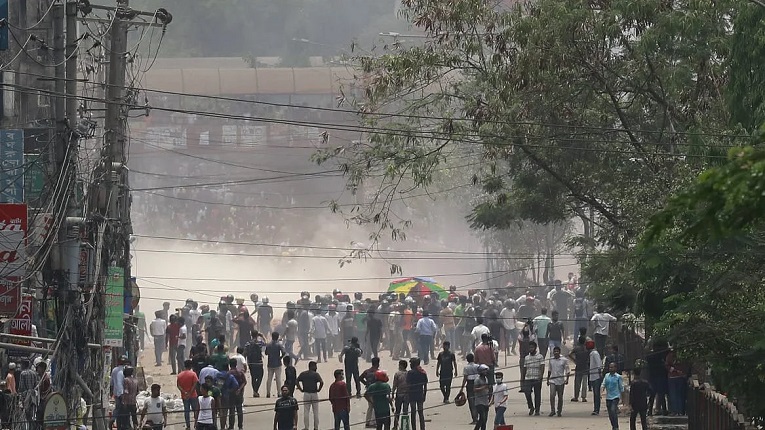 Confirming the matter, Shahenshah Mahmud, additional deputy commissioner of police in Newmarket area, said they were charged on the basis of intelligence information and evidence.

Last Monday (April 18), Maqbool Hossain took over the two food shops in Newmarket, Welcome and Capital, from which the clashes erupted. However, he did not run the two shops himself, but rented them out.

In this regard, Maqbool Hossain told the media, “In the nineties, I took two shops allotted by the city corporation.” Since then two shops have been rented.

“Stay away from involvement in the clashes. I haven’t been to the Newmarket area in the last four months,” he said.

However, Dewan Aminul Islam, president of Dhaka Newmarket Businessmen’s Association, expressed surprise at the fact that Maqbool Hossain was accused. He said that it is true that Maqbool Hossain has a political identity. But he does not run the shop. He rented the allotted shop. If he is accused against the employees of the rental shop, that is the problem.

Incidentally, a clash between businessmen and Dhaka College students started on Monday (April 16) night between the employees of the two shops. The Newmarket area became a battlefield on Tuesday (April 19). Nahid and Morsalin were killed in the clashes. Besides, more than 50 injured people from both sides are undergoing treatment at the hospital. Some of them are in critical condition.